SMARTS Update: A Snowden Anniversary and that Straw In Your Head 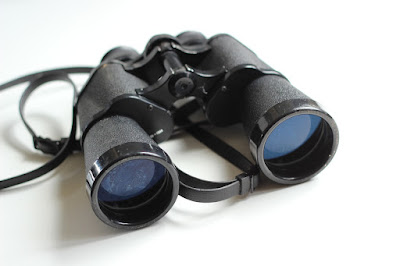 Next week is the second anniversary of Edward Snowden’s revelations about how the NSA, CSEC, GCHQ and their Five Eyes partners access everybody's electronic communications. Our current situation reminds me of one I found myself in long before Google, Facebook or i-Phones began to snitch us out. In the late 1980s I was sued for a huge amount of money by the Reichmann family and Olympia & York Developments over my Toronto Life magazine story about them. Before the suit was launched, I had been contracted by Random House of Canada to expand the story into a book. The court ordered me to turn over the book manuscript to the Reichmann’s lawyers before I finished it. My lawyer had argued, to no avail, that this was like having a straw stuck in my brain to suck out my ideas as they were being born. What he didn’t say was that it would change those ideas, or at least those I would commit to paper. I knew it would be very dangerous to make any mistakes that might be considered defamatory. So I had to fact check before I wrote, which is not as easy as it sounds. I began plugging in laudatory phrases and softening others. I found myself writing PR-- because I had this straw in my head.

As Snowden revealed (and as my new book, SMARTS explains), that's pretty much where the smart signals technology, used by our "organs" of state security, has put us all. Knowledge that you are watched changes behavior. Next time you want to write on Facebook words that could be construed as supporting groups unloved by government, you will curb yourself.  Next time you look in the mirror, you’ll see that straw.

It seems entirely in keeping with the original Snowden story arc that important changes with regard to our intelligence systems are up for renewal or extension right now. Britain and Canada are passing legislation that makes it easier to go after anyone who forgets about the straw in their head. So is France. And in the US, the section of The Patriot Act that permitted the government to get whatever it wants in the way of metadata from phone companies is up for renewal on June 1.  I don’t think it’s an accident that these matters are coming to a head just in time for a meeting in Singapore--styled the Shangri-La Dialogue!--between China, other powers in South Asia, and the US. China has been building up its military capacity in the area of the Spratly Islands to give itself control over the South China Sea. The government of the Philippines wants to know what America intends to do to protect it. The Americans have been saying for a long time that they need to give greater attention to their interests in the region. China and the US are squaring off over who is the biggest, most powerful guy on the block.

As you may recall, there was a similar situation going on when the Snowden documents first made the news. The stories appeared in the online version of The Guardian and in the Washington Post just days before the new President of China arrived in California for his first visit with President Obama. Though Snowden insisted he was afraid of being caught, he had outed himself as the source even as the presidents were meeting. He did a video interview with Laura Poitras and Glenn Greenwald in which he took responsibility and explained his motives. It appeared on The Guardian's website.

Here was a self-confessed American spy pissing on his country's treatment of its own citizens while his president was having talks with the president of China. There had been many previous Canadian and American news stories about how Chinese spies hack into Western governments’ and western corporations’  computers, and countless stories about Chinese human rights violations. Yet Snowden's documents made clear that the national governments most active in raising red flags about Chinese snooping and Chinese violations of rights, had for many years been violating the privacy of just about everybody in the world, including their own citizens. Snowden told this story to the world from a city under the control of mainland China. He then sought asylum in Cuba, but got stuck for 39 days in the Moscow airport after the Americans pulled his passport. The drama played wonderfully: who doesn't love a fugitive-from- the- men- in- black- SUVs story?

But the whole thing felt an awful lot like China taking its revenge.


Let’s talk about that section of the Patriot Act that expanded the powers of the secret FISA court (created the last time American security agencies got caught spying on their own, creating a broad political crisis usually labelled Watergate). Thanks to the George W. Bush government's doubtful interpretation of the law, and a later amendment demanded by the NSA's corporate partners to stave off lawsuits from their customers, the FISA court has been able to secretly issue a single warrant requiring a phone company to turn over to the NSA all the metadata from all of its US customers' communications for a certain period. That section of the Act was recently declared illegal in an American courtroom.

Nevertheless, the Republican Majority Leader in the Senate, Mitch McConnell, tried to muster enough votes to keep the section intact, though there is a House amended version which would permit the government to get what it wants from its corporate partners without it. When he couldn’t get enough votes, McConnell tried for a short extension of the section until more consideration could be given.  After an 11 hour speech by Rand Paul ( libertarians are nothing if not long-winded) it was clear McConnell didn't have enough votes for an extension either. He must find those votes by Sunday, or Americans will find themselves free of this dragnet-style scrutiny for the first time in many years.

Similarly, sometime next week, the Senate of Canada (once known as the chamber of sober second thought, now known as the chamber of padded expense accounts) will pass Bill C-51 in third reading. It will become law sometime before the House rises for the summer at the end of June. This bill, decried by just about everyone outside the Conservative caucus who has read it, permits various government departments in Canada to share information once held in silos in order to protect privacy.  It also permits the RCMP to detain people who might be inclined to commit an act of terror or fly off to Syria to join ISIS-- before they actually do it. It enlarges the reach of the Canadian Security Intelligence Service, CSIS, at home and abroad. Though CSIS was created to only gather intelligence about the enemies of Canada within Canada, and to pass anything that might be criminal to the RCMP for investigation and prosecution, it will now have the power to directly meddle in people's lives and affairs in Canada and on foreign soil. It will have to gain approval for its tactics--even tactics which might violate the Constitution-- from a Federal Court judge in an ex parte secret process. In other words, the poor shnook who will be meddled with has no chance to argue his/her innocence.

Many people who read the proposals in this Act became concerned, among them a former Supreme Court judge. Yet the Stephen Harper Government, which has majority control over the Parliamentary committee examining the bill, refused to take testimony from many of these concerned experts, including the Canadian Bar Association.


You might think that after two years of embarrassing revelations from the Snowden archive, the government of Canada would have second thoughts about handing out such draconian new powers. You might think it would put some kind of responsible political agency atop the CSEC to make sure it stays within the law. CSIS at least is overseen by such a committee (called SIRC). But CSEC, the organization with those straws in peoples’ heads, only reports to the Minister of Defence. The Stephen Harper Government likes things the way they are.  CSEC will continue on with no committee looking over its shoulder as it sucks up thoughts from screens around the world.

And yet: it is not at all clear that erasing privacy results in security. The Canadian organs of state security failed to stop two "terrorists" last October, though one was on their radar screens.  One rammed his car into a soldier in Quebec. The other killed an unarmed soldier standing guard in Ottawa, and followed that with a shoot-em-up in Parliament itself. Prime Minister Stephen Harper hid in a closet on that occasion. And it was not CSIS or CSEC but the RCMP that recently stopped 10 teenagers from getting on a plane to fly to Syria to join ISIS. A concerned parent had made a phone call. He is now making accusations that one person well known to the security apparatus has been radicalizing some of Montreal's kids--among them his daughter-- out of a centre he runs in Montreal. (That man says that his centre separates men from women and he cannot see the women who go there, so he does not know this one.)

Snowden is starting year three of his exile in Russia. Instead of our democracies curbing their invasions of our privacy in the name of security, they are ratcheting it up.

What are we going to do about it?

I know we’re going to do something. Once you know you're being watched, your behavior changes. I can vouch for that.
Posted by ELAINE DEWAR at 12:26