SMARTS Update: HitchBOT and the Milk of Human Kindness 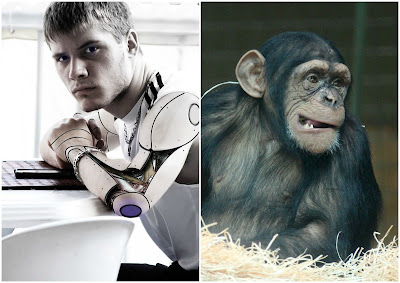 If there is one thing we humans really like about ourselves it is our capacity to feel empathy for others--and not just human others either, all others.  We keep pets. We talk to them, cuddle them, and are distraught when they get sick, have accidents, or die. Years ago-- in 1975 to be exact-- a freelance advertising copywriter named Gary Dahl got drunk in a bar . Someone yammered on at him about the problems of keeping pets, ya gotta walk them, ya gotta feed them, take them to the vet, whine whine. At which point Dahl declared he had the ideal pet-- a rock! Then he took this mockery one step further and found gold.  He rounded up two investors, imported a pile of cheap, smooth Mexican beach rocks (cost: one cent each), placed them in cardboard boxes that looked like dog houses with carry handles and breathing holes. Each pet rock came with care instructions, including what to do if it became agitated. (Place it on a newspaper, it will know what to do, and it will not wander off.) He sold millions of pet rocks during the 1975 Christmas season for $3.95 each. Others took note and spawned businesses offering degrees for pet rocks, training certificates, etc.

The rest of the story unfurls as you'd expect. Dahl made a pile of money from the milk of human kindness and acquired a nice big house with pool, plus a series of wives and divorces. His investors eventually sued him for failing to share all his profits and a court eventually found in their favor. Dahl paid. Dahl died. (There is a very funny obit in the New York Times). Yet those pet rocks live on. You can buy one at www.petrock.com for a mere $19.95. This may seem like an outrageous price (six times higher than the original which was itself outrageous). But remember: in 1975 the price of oil was $10 a barrel versus $47 now. Things cost money.

As Dahl made clear, there is something fundamentally screwy about the human capacity to turn literally anything-- a rock, a brainless machine- into a new best friend. It is not learned. When I was about three years old I often lay on the living room rug so I could talk to my friend Louie the Electrolux as 'he' vacuumed. I was convinced Louie had a friendly face and understood whatever I told him and that the roar he made while he worked was his way of talking back.

Robotics companies are counting on our ability to enter into intense yet temporary relationships with things, such as the autonomous robots they hope to sell us to replace human caregivers. They'll want to keep upping the ante, making new generations of these robots smarter than the one before. They assume we'll all aspire to the very latest model, as we seem to with smart phones.

They may get an unpleasant surprise.

Recently, a robot known as HitchBOT (may he rest in peace) became the subject of a behavioral experiment. Would human drivers, seeing HitchBOT at the edge of the highway, stop to pick it up and carry it part way to its destination? (Oddly, the researchers did not try this test on Google's driver-less cars.They should.) HitchBOT was safely carried from one end of Canada to the other (as well as through Germany and the Netherlands). But then HitchBOT went to the US. Someone dropped him off on the oldest street in Philadelphia (the City of Brotherly Love, as the television news writers kept reminding us so as to squeeze the milk of irony to the last drop). There, HitchBOT was done in, nothing left  but scattered parts. There is a video online which purports to show it being punched and kicked by a lone man with a gangsta hat on. But it's a put up job: the jokesters have confessed. They didn't do HitchBot, they just did a dumb video. But someone else did. And so Philly is ashamed. It has been tarred with robo-murder.

The fact is that humans can do both empathy and murder. Lady Macbeth worried that her husband was too kind to kill a king. Wrong! Most of us walk into supermarkets to buy with no qualm pieces of dead animals that others keep as pets. We can do this by virtue of a mental trick: we move the chicken legs and the lamb chops from the pet-in-pieces category into the useful property category. Of course every culture draws a red circle around certain pets to signify that these shall not be moved. In Canada we don't eat dog. Other countries? No problem.

But when intelligent machines enter our lives as caregivers, humans, being humans, will not leave them in the useful property category. We will at first treat them as lovable pets, but we will soon understand that they don't fit well there because they will be able to do so many things that pets can't do. Like bring us breakfast.  And we will not throw them out in favor of the newest models which will destroy robotics' companies' business plans. We will descry those who do that, who think of them as property.Then we will agitate for them to be treated as legal persons. Why? Because in the West we have always equated rights-- especially the right to liberty--with intelligence, and these machines will have to be as smart as us to serve us. We will come to see them as equals.

For millennia, we believed only humans are intelligent, and therefore only humans could have rights. When we wanted to take rights away from humans, we redefined them as moronic, or subhuman. A pseudo science of intelligence--eugenics-- was used in the last century to justify taking rights away from millions. For 150 years, children deemed to be insufficiently intelligent were locked away, their rights nullified. We have exploited animals on the assumption that they are not intelligent enough to have liberty. We argue that domesticated animals could not survive without us (as if we don't intend to slaughter and consume them).

But all that will change. In fact, it is changing now.

First, we have finally begun to recognize that human beings are not the only smart life forms on the planet. Many science disciplines have demonstrated that all living things must be intelligent to survive and that intelligence is particular, the product of a particular life form. Most of the intelligent machines being designed now are modeled on one life form or another and many are modeled on us. The machines that will be offered to us as caregivers will have to be like us: they will require a sense of self, a will to keep going, a capacity to reason, an ability to make choices and to form bonds with others in a common cause.These characteristics have already been engineered and demonstrated in very small robots whose control circuits were designed by an evolutionary process. (See the work of Dario Floreano in SMARTS.) Robots with human smarts are on the way.

This brings me to the Nonhuman Rights Projects' valiant attempts to have chimpanzees recognized as legal persons in the courts. As you may recall from reading earlier blogposts, the Nonhuman Rights Project hit upon a clever legal strategy to try to free two chimpanzees held by private owners, and two others, Leo and Hercules, held by the State University of New York as biomedical research subjects. First they applied in the lower courts of New York for writs of habeas corpus on behalf of four chimps knowing that there would be an automatic right of appeal and that the appeals courts might listen to them carefully. Eventually one of their motions was reviewed in the Third Department of the Appellate Division, which tossed it out. But by then they had also brought a motion before the Supreme Court of the State of New York, New York County. There they did get a chance to make their argument, offering significant affidavit evidence to the effect that chimps are intelligent, social, unfairly confined, and should be recognized as legal persons.

The significance of their argument for the future treatment of intelligent machines is that it severs personhood from biology.

Justice Barbara Jaffe of the New York Supreme Court did a nice job of stating their case:


"...the determination of legal personhood...is a matter of policy and not a question of biology, and in this case, policy requires that Hercules and Leo be recognized as legal persons with rights....Because chimpanzees possess fundamental attributes of personhood in that they are demonstrably autonomous self-aware and self-determining, and otherwise are very much like humans, 'justice demands' that they be granted the fundamental rights of liberty and equality afforded to humans."


Justice Jaffe did not recognize Hercules and Leo as legal persons. She found no fault with the argument but stated that she was bound by the precedent set by the Third Department, a higher court than hers.  Yet she clearly signaled that the Nonhuman Rights Project's argument has legs. As she said in her conclusion:


" The similarities between chimpanzees and humans inspire the empathy felt for a beloved pet. Efforts to extend legal rights to chimpanzees are thus understandable; some day they may even succeed. Courts, however, are slow to embrace change, and occasionally seem reluctant to engage in broader, more inclusive interpretations of the law, if only to the modest extent of affording them greater consideration. As Justice Kennedy aptly observed in Lawrence v Texas, albeit in a different context, "times can blind us to certain truths and later generations can see that laws once thought necessary and proper in fact serve only to oppress," (539 US 588, 579 [ 2003]). The pace may now be accelerating (see Obergefell v Hodges, US, 135 S Ct.2584, 2595 [2015] [granting right to marry to same sex couples and acknowledging that institution of marriage has evolved over time notwithstanding its ancient origins]). "

One day soon a judge will substitute the phrase intelligent robot for the word chimpanzee.
Posted by ELAINE DEWAR at 11:26