SMARTS Update: On the Politics of Silence 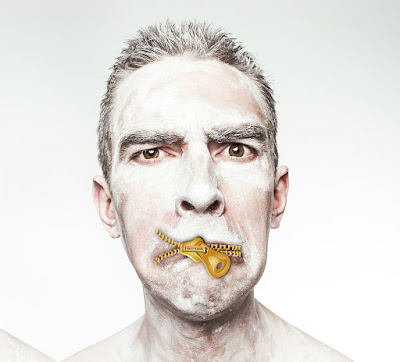 By the time some of you read this, Canadians will have elected a new federal government. Those who voted for the losers will feel as if they've been shoved out into a blizzard without parka and boots.Those who raced to vote for the winners will feel the wild thrill that comes with exercising power and changing something. I still remember the excitement over the totally unexpected NDP victory in Ontario in 1990. A friend who drove by my house that morning saw me fetching my newspapers off my porch. She jumped out of her car, grabbed me, and danced me around on the road. Yet only a few years later, NDP stalwarts were cursing the name of their leader, Premier Bob Rae. Let me say now (October 16, 2015) that I expect a Liberal majority. Let me say now that regardless of which party wins, we will soon decide that our new government is as bad as the previous one.

No, I am not a cynic. But I am old enough to have observed repeatedly how these things work.

Canada is a democracy, a country of laws and of human beings. While laws may abide for many generations, human beings and their crises flare and die. This is why laws that politicians struggled for years to bring forward end up being ignored or turned inside out.
As a former Prime Minister has explained in a memoir, politics is about getting, exercising, and keeping power. As I recount in my new book SMARTS, our primate cousins practice politics with as much subtlety and brutality as can be seen in human societies. In a democracy the exercise of political power is akin to building castles out of sand. Everyone in a Westminster style democracy, even the Prime Minister (who has almost dictatorial powers so long as he/she leads a majority in the House), must answer to existing laws, regulations, and their interpretations by the courts, or at least appear to. Yet as the Greek philosopher Heraclitus famously observed around the time of the first democracy in Athens ( which he was no fan of) one never steps into the same river twice. To the puzzlement of his peers, Heraclitus also insisted that everything is, or is becoming, its opposite. Circumstances shift. Ideas morph. Last year's brilliant new law becomes this year`s millstone. Thus our governors habitually feel compelled to slip their legal leashes, even those of their own making. Example: Stephen Harper enters politics to reform a corrupt system and shrink government which in his view has become too intrusive in peoples' lives. When he acquires power he passes laws to force government to open itself to the public's inspection in order to be accountable. Then he ends up running the most scandalously closed government we have seen in many years, even as he passes bills that permit security services to poke and prod into ordinary peoples' lives as never before.

What is constant is the pressure to do things that may not be in the public interest. Every government is appealed to by its big supporters to provide favors that will cut the heart out of important laws. Every government has confrontations with powerful allies that won`t take "it's the law" for an answer. And then there are the politicians and civil servants who want power to get cash. In Quebec, the Mob got into bed ( sorry, make that a big boat) with leading engineering companies, union bosses, politicians and civil servants. Together, they rigged the bidding on municipal infrastructure contracts inflating prices for everything in spite of using poorer than required materials. Politicians and civil servants took cash and other gifts to look the other way--until buildings and bridges crumbled and the inquiries began.

And then there are the laws passed to defend the common weal by shining a light on such shenanigans. They often end up covering butts instead, or worse. We have a federal Access to Information law, yet it produces little in the way of information because it has accumulated an armory of exemptions. Individual and corporate rights to privacy are often cited as reasons why information important for the public to know must be withheld. Somehow these privacy rights disappear at the CSE and failed to restrain the Telecoms from handing over to police--without warrants-- data about who we talk to, when, and for how long. A former Supreme Court Justice, Louise Arbour, just wrote an outraged column in my morning newspaper about a a new and ominous set of rules nestled within last year`s omnibus budget bill. So far as she could establish, this section was so innocuously titled that it was apparently neither considered by a Committee, nor debated in the House. Yet it devours privacy rights in the cause of protecting Canadians from officials who might be forced, or enticed, to money launder for terrorists or take cash for favors (as in Quebec, above). It requires banks and insurance companies to scrutinize the financial transactions of any public official (including the Governor General and the Justices of the Supreme Court) who could have engaged in any hanky panky. This scrutiny can take place up to 20 years after that official leaves office. Scrutiny also extends to the financial affairs of the officials' spouses, children, and associates (not defined) for the same length of time. It also applies retroactively to those who held public office up to 20 years ago. (Mr. Mulroney, you're safe.)

Arbour only heard about this new law because her daughters were required by their banks to answer intrusive questions about the origin of money in their accounts. A law passed earlier requires Canadians who have worked for foreign governments ( and their families and associates) to turn over this sort of information when their banks or insurance companies are suspicious or just being careful. Problem: Arbour had not worked for a foreign government. She told one daughter to wait a week while she researched the matter. She discovered that she did not fall within the reach of the old Act but in the process stumbled on the existence of the new rules. In that brief period, her daughter's account was frozen.

Did it occur to anyone in the Harper government when dreaming up these provisions that such powers could be used by the unscrupulous in banks or insurance companies to put pressure on officials? It occurs to me that unscrupulous governments could use such rules to punish perceived opponents --such as the Chief Justice of the Supreme Court--by process.

So here's my point. Existing laws don`t just vanish in smoke with the arrival of new girls and boys on Parliament Hill. Bills such as C-51 and C-24 tend to hang around. [C-51 is the- straw-in-your-head bill designed to permit CSIS to disturb and disrupt as well as to watch and listen to all those hidden terrorists among us, especially you. C-24 permits officials, backed by the Minister of Citizenship and Immigration to rip Canadian citizenship away from those who have more than one nationality and do bad things. There is no right of appeal.] Most governments prefer to use their new found power to push their own programs rather than clean up the other guys' mistakes so do not hold your breath for these bad bills to be repealed. And what of the laws plopped anonymously into the middle of omnibus bills, laws like the one Arbour stumbled on that lurk below the water line?

Most often, instead of repeals or rewrites of bad law, we get practical workarounds. Bureaucrats can usually find a way to do what their new political masters require in spite of the plain meaning of laws passed by previous crews. But workarounds don't get written down, don't get debated, don't get discussed in public. Workarounds are silent politics. They are hashed out in private offices and over lunches, away from the floor of the House, or the public committee rooms, or other places where the public can participate. I have been writing about a workaround that upended the laws passed to prevent Canadian publishers from being taken over by foreign entities [without permission of the Minister and a net benefit to Canada]. In a spectacularly clever bit of business, McClelland & Stewart, the Canadian Publisher, was slowly taken over by the largest English language publisher in the world, a foreign entity owned by a German family, even as McClelland & Stewart continued to get grants and tax credits only available to Canadian owned and controlled publishers.

Workarounds amount to white out spread over the texts written by Parliaments past.

Workarounds are not accounted for. Workarounds are rarely acknowledged. This is worrisome. But what is downright scary is when workaround politics spread into the public sphere where contentious issues should be aired. How many times have you seen a line in a news story or heard a radio or television announcer say, we tried to reach such-and-such company for comment but no one returned our calls? Or: we asked the Minister to appear and were told no one is available? It is one thing for the CEO of Penguin Random House of Canada, Brad Martin, to refrain from returning my emails asking for an interview about the M&S transaction. He is just an employee of one company. It is another thing entirely when our political leaders (our employees!) try to use silence as a political instrument during an election campaign, and act as if such formerly unimaginable behavior is normal. In this last election, a leading figure (the Prime Minister) refused to appear in a debate organized by the nation's broadcasters, so that debate did not occur. No nationally broadcast debate occurred at all, only smaller ones seen by tiny fragments of the electorate. The Prime Minister also refused to submit to a grilling on CTV's flagship news show, though his competitors obliged. Other lesser figures running for public office refused to participate in public debates or to answer questions from the media. Compare their silences to the debate of declared Democratic presidential candidates on CNN in the second week in October. It took place before a national audience of 15 million.

If this politics of silence spreads any further in Canadian democracy, we will lose all sense of what is being done in our name or why. If a former Supreme Court Justice is unaware of a bill affecting her and her children, what hope for the rest of us?

That cannot become a constant. That has to change.
Posted by ELAINE DEWAR at 11:53